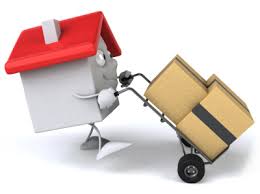 by Huggy
in How To Buy A Home, Purchase Loan, Refinancing
Comments

If you’ve been frustrated that the credit scoring system has prevented you from getting a home mortgage, 2016 could be a watershed year. Important changes are in the works.

The biggest players in the mortgage field are under pressure by federal regulators and Congress to adopt more inclusive and updated credit scoring models that incorporate non-banking forms of credit, such as rent, utilities and cellphone payments to supplement what’s in consumers’ standard credit files. For people who have “thin” files with minimal data at the national credit bureaus – or no files at all – the changes could bring tangible improvements.

In mid-December, the federal agency that oversees giant mortgage investors Fannie Mae and Freddie Mac ordered both companies to wrap up their plans for adopting “alternate or updated credit scores” this year and move ahead with putting them into action “as appropriate.”

At roughly the same time, legislation was introduced with bipartisan support in the House called the Credit Score Competition Act. Its goal, sponsors said, is to expand access to mortgage money for large numbers of creditworthy loan applicants – especially first-time buyers and minorities – who currently are shut out of consideration by the two companies’ credit scoring practices.