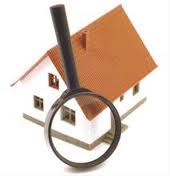 Surging home prices have helped nearly two million homeowners get back above water on their mortgages over the past year.

During the first quarter, 9.1 million, or 17%, of homeowners were seriously underwater on their home, meaning their debt exceeded the home’s value by 25% or more, according to RealtyTrac. That’s down from 10.9 million, or 26%, of all properties a year earlier.

These states have the highest levels of underwater homeowners
Source: RealtyTrac

RealtyTrac also found that fewer properties in foreclosure are underwater.

“Because of rising home prices, many of the homeowners in the foreclosure process — more than a third — actually have positive equity. That will enable some of them to avoid foreclosure,” said Daren Blomquist, a vice president for RealtyTrac.

These homeowners could leverage the home’s value to either refinance or sell their home. “But many distressed homeowners with equity may not realize they have it and in some cases have vacated the property already, assuming that their foreclosure is inevitable,” he said.

Metro areas where more than half of the foreclosures actually have positive equity include Denver, Boston, Minneapolis, Houston and Washington, D.C.

RealtyTrac also reported that the number of “equity-rich” homeowners, those with 50% or more equity in their home, grew to 9.9 million in the first quarter. That represents 19% of all mortgaged homes.