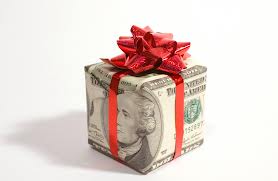 by Huggy
in How To Buy A Home, Mortgage Rates, Types of Mortgages, Uncategorized
Comments

WASHINGTON — The government shutdown and the debt limit have dominated
the headlines, but a behind-the-scenes fight over federal mortgage
policy has been brewing and it could affect your choices the next time
you apply for a home loan.

The issue concerns differing rules for different types of mortgage
sources. Some mortgage brokerage firms have begun advertising that they
offer substantial credits to their customers — often in the $2,000 to
$5,000 range per loan but sometimes more than $10,000 — that can be
used to defray borrowers’ closing costs. A survey of 164 member firms of
the National Association of Mortgage Brokers found that these companies
provided more than $69 million in closing-cost credits to clients last
year, and are on track to pay out the same or more this year. The group
estimates that brokers nationwide rebated upward of $2 billion in 2012. To illustrate: Charles W. Berryman, a departmental chairman at Louisiana
State University, closed on a $295,900 mortgage to purchase a home
earlier this year. It carried a 3 percent fixed rate for 15 years.
Essential Mortgage Co., a large brokerage firm in his area, credited him
$3,500 to defray his closing costs. In an interview, Berryman said he
had shopped at two competing banks before making his choice. They
offered the same attractive 3 percent fixed rate, he said, but no
credits.

The availability and size of the closing-cost money sealed the deal for
him, he said. Plus “it really surprised me,” he added, that one mortgage
company could offer such a sweetener while competitors apparently would
not or could not.

Though no one explained it to him at the time, there was an important
reason for the difference. The brokerage firm, Essential Mortgage, was
required by federal rules to rebate the money to Berryman. The two
competing banks were not.

This is because under regulations issued by the Federal Reserve, brokers
— who do not lend their own money but can shop among multiple
creditors on behalf of borrowers — must disclose all their fees upfront
to applicants. They are not permitted to earn any more than the
disclosed amounts even if the funding source they choose for a buyer at a
specific interest rate will pay them a premium for the loan. When
brokers do receive premiums, the extra money must be credited to the
borrower. The rules are an outgrowth of abuses during the mortgage boom
years, when some brokers steered unsuspecting customers to higher-cost
loans in order to fatten fees for themselves.

Banks who lend their own money, by contrast, are under no such
requirements on premiums. They have the option to offer an applicant a
credit — or not — in connection with a given interest rate. In
Berryman’s case, for example, the two banks he shopped quoted identical 3
percent rates even though they may have had the flexibility to sweeten
the pot with a closing-cost credit. Like most mortgage customers,
Berryman was not aware that they might have some flexibility, and never
asked. The brokerage firm that he ultimately selected, on the other
hand, actively advertises its credits and makes them a selling point
with potential clients.

So where’s the controversy and what should mortgage shoppers do with
this information? Here’s the issue: Brokers complain that they are
treated unequally under current rules — they are forced to rebate
money, thereby limiting their potential income on transactions while
competitors are not. Plus they worry that new “qualified mortgage” rules
scheduled to take effect in January that set a limit on total allowable
fees in home loans will only make matters worse. They have protested to
federal regulators and are pushing for congressional legislation that
would change the rules, but so far have been unsuccessful.

What should you as a mortgage applicant take away from all this? Most
important, be aware that when you shop among competing banks and
mortgage companies, you shouldn’t focus solely on interest rate. Ask
about the possibility of credits toward closing costs. If a lender is
quoting you the “posted” rate at the time of your inquiry, there may be
credits toward closing expenses available at that rate or at another
rate. Review the full range of rate scenarios, fees, monthly payments
and cash needed to close with the loan officer.