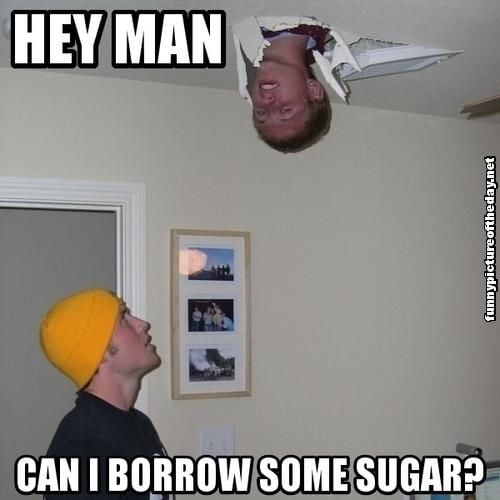 Remember the days when neighbors threw 4th of July block parties and borrowed cups of sugar for making that pitcher of Kool Aid?

Or when kids knew not to act up around the neighborhood, because their parents were sure to hear about it from the neighbors?

Sure, there are still some neighborhoods like this – but as time goes on, there tends to be less and less of that sense of community that once existed so commonly.  Sometimes we blame technology for the changes that have occurred, (i.e., people are stuck in front of the tv or video games,) but in this case, we can thank technology for it’s efforts to reunite the people in a community.

Nextdoor.com is a national website that allows people in a specific neighborhood to connect – whether it be for finding a babysitter, announcing a garage sale, or introducing one another when someone is new to the hood.

Here’s what CNN has to say about this old-school meets new-school tool:

(CNN) — The great promise of social networking has been the ability to stay in touch with friends, family and, let’s face it, mere acquaintances without regard to traditional hurdles like geography.

But in the process of bringing everyone, from long-lost friends to grade-school acquaintances, just a status update away, the rise of Facebook, Twitter and the like may have left someone out: the folks next door.

“We did not see a social network that could connect us to what we believe is one of the most important communities of all, the neighborhood,” said Nirav Tolia, CEO of Nextdoor.com. “We realized that neighborhoods really were the original social network.”

Nextdoor is part of a growing trend of online sites and tools geared toward filling a gap left in part by commuter culture, frequent moves and dual-income homes.

“Technology has done a great job putting us in touch with the people we don’t live close to,” said Tolia, who co-founded customer review site ePinions.com in 1999. “It has not done as great a job, in the past, of helping us connect with the people right outside our door.”

The site requires users to either verify their address (sign-in codes on postcards are one way) or be vouched for by an existing member to join pages that were, in turn, created by someone who lives close by.

Once created, Nextdoor pages focus on everything from babysitter searches and requests to borrow lawn tools to discussions about crime in the area or suggestions on which local businesses to patronize.

It’s the kind of chatter one would traditionally expect to take place over coffee, across the back fence or at the local barber shop. But statistics suggest those conversations are becoming few and far between.

In a Pew Research Center poll from last year, 19% of respondents said they knew the names of all their neighbors, while 28% said they didn’t know any of them.

“You certainly could just go outside,” Tolia said. “Unfortunately, almost a third of people, if they were to go outside, they wouldn’t know their neighbor. If they can use tools like Nextdoor, they’re much more likely to actually interact.”

Both are free to use and eventually hope to sell targeted advertising to local businesses.

Meanwhile, they’ll keep trying to help introduce people who may be more likely to find your lost dog or loan you a cup of sugar than “like” your status update or “favorite” your tweet.

“We’re not necessarily trying to make everyone who passes each other on the street hug each other,” Dietrich said. “But there’s a value to having a relationship with the people who live next to you.”

Check out the website to see if your neighborhood site has been created, and if not, maybe you are ready to set it up.

I’m sure your neighbors will thank you!