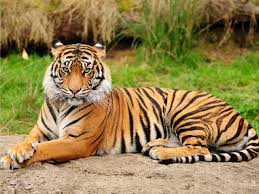 Wildlife numbers have plunged by more than half in just 40 years as Earth’s human population has nearly doubled, a survey of over 3,000 vertebrate species revealed on Tuesday.

From 1970 to 2010, there was a 39-percent drop in numbers across a representative sample of land- and sea-dwelling species, while freshwater populations declined 76 percent, the green group WWF said in its 2014 Living Planet Report.

Extrapolating from these figures, “the number of mammals, birds, reptiles, amphibians and fish across the globe is, on average, about half the size it was 40 years ago,” it said.

The 52-percent decrease confirmed mankind was chomping through Nature’s bounty much faster than the rate of replenishment, the WWF warned.

The new report tracks the growth or decline of more than 10,000 populations of 3,038 species ranging from forest elephants to sharks, turtles and albatrosses.

It stressed that humans were consuming natural resources at a rate that would require 1.5 Earths to sustain — cutting down trees faster than they mature and harvesting more fish than oceans can replace.

During this studies time period human population numbers shot up from about 3.7 billion to nearly seven billion from 1970 to 2010.

All in all if things don’t change human kind will be in for a rude awakening….VERY RUDE.

Also see how you can help by LIVING GREEN