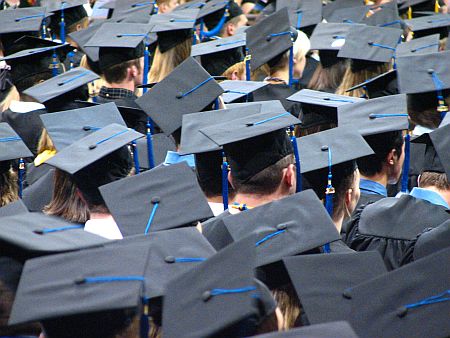 What we know for sure is that there is a lot of student loan debt out there. What we know or believe with less certainty is what kind of effect that debt has on the real estate market — both now and in the future.

The total amount of student loan debt is staggering. The Consumer Financial Protection Bureau (CFPB) estimated it at $1.2 trillion in May of 2013, and it is a figure that has been rapidly growing. In the period from near the end of 2011 until mid-year of 2013, outstanding student loan debt grew approximately 20%. During that same period, credit card debt increased about 2%. Student loan debt is now the second largest category of consumer debt, exceeded only by mortgage obligations.

According to Forbes Magazine (August 2013), approximately 2/3 of those currently graduating from colleges and universities will have loan debt. The average amount is around $27,000. Nor does this just apply to four-year schools. Of students completing associate degrees from community colleges in 2008, “38% graduated with debt. In the for-profit sector of two-year degrees, over 90% have debt. The average debt load at a public two-year institution is $7,000.”

Moreover, student loan debt is, in general, somewhat less than golden. A recent Wall Street Journal article (April, 2015) cites a study from the St. Louis Federal Reserve Bank showing that the student loan delinquency rate is almost twice as bad as previously thought. The study pointed out that the official measure is that 17% of student loans are delinquent at least thirty days. This compares delinquent loans to all student loans. But many student loans — almost half – are not yet in repayment status. Because the borrowers are still in school, or are in a “grace” period, they are not required to be making payments. If you took the delinquent loans as a percentage of loans which currently require payments, the number is an extremely high 31%. (For example, the delinquency rate for auto loans is about 8%.)

So what does all this have to do with the real estate market? Well, more than a few people have noticed that the run-up in student loan debt just happens to coincide with an historic drop in first-time buyers. Since 2011, first-time buyers have represented less that the 40 — 40+% that we have been accustomed to for years. In 2014 only 33% of transactions involved first-time buyers (2014 NAR Profile of Home Buyers and Sellers). That is the lowest percentage since 1987.

Now correlation doesn’t necessarily mean causation, but it is also telling that the demographics of all those student loan debt holders fits nicely with those of typical first-time buyers. They are the same group that is putting off household formation.

In September, 2014, the Wall Street Journal reported on a study by John Burns Real Estate Consulting predicting that the effects of student loan debt could reduce yearly sales nationally by almost 8%. The report estimated that “every $250 per month in student loan debt reduces borrowers’ purchasing power by $44,000”, and that “around 35% of households under age 40 have monthly student debt payments exceeding $250, up from 22% of households in 2005.” The Burns report estimated that approximately 308,000 purchases were “lost” because of student loan debt with payments up to $500 monthly.

Harvard economist Larry Summers, former chair of President Obama’s National Economic Council, has said that, “A crucial factor slowing down the recovery has been the limited demand for homeownership resulting in part from a slowdown of family formation.” Summers believes that the underlying culprit is student loan debt.

But, other studies suggest that things might not be so bad. Research from Federal Reserve economists (Mezza, Sommer, and Sherlund) show that, in earlier years (2004 — 2010), those with student loan debt were slower than those without it at getting into home ownership, but, by the age of 35 their ownership rates were just about the same. “Our results suggest that for those with college education student loan debt more likely affects the timing of homeownership than people’s eventual attainment of it.”

And, as to all those scary reports about the size of student loan debt, more research has yielded some interesting counter-intuitive results: there is an almost inverse relationship between default rates and the amount of student debt owed. The research came from the Federal Reserve of New York and was reported by the Wall Street Journal in February of this year. We quote:

“Among those who owed less than $5,000, one in three had defaulted at some point as of Dec. 31, 2014. Those borrowers made up 21% of the entire pool of those with debt.”The Fed researchers show that the higher the debt burden, the lower the default rate. Those with burdens above $100,000 had the lowest rate at 17.6%.

“Why is that? One likely explanation, offered by the New York Fed researchers, is that many Americans with small loan balances are dropouts. They may have attended school for a semester or two without getting a degree. They often don’t end up with the decent-paying job that a college education is supposed to bring, and thus lack the income to repay their debt.

“Another possibility is that low-balance borrowers attained credentials such as certificates that don’t lead to the kinds of jobs and salaries that a bachelor’s degree does.

“By contrast, many borrowers with large loan balances are people who graduated from master’s programs and professional schools — doctors, lawyers — who typically end up with generous salaries…”

There’s little doubt that the growth of student loan debt has had an effect on the real estate market. It has lowered the rate of first-time buyers and that, of course, affects the move-up market. But don’t write off those folks just yet. Their time will come.

Mortgage Planner to the Students