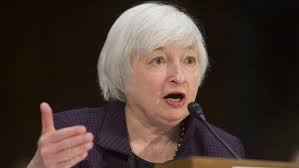 Most people think in terms of long term debt.  Examples of long term debt are the mortgage you have on your house or your students loans.  I’ve had many people contact me over the last few months who have an eye on the December 16 Fed meeting thinking that long term interest rates will be going up to end 2015.  A little perspective, the last time the Fed started to increase the federal funds rate was 2004 and it lasted until 2006.  During that time what happened to long term interest rates for 30-year fixed mortgages?  Not much.  In fact, they pretty much stayed the same.  This is why I think the Fed rate hike could be good for long term interest because our economy is slowly recovering which means a modest .25% increase by the Fed might actually improve long term rates this week. While no one can predict the market and long term rates could be going up it won’t happen as a result of the Fed’s meeting on Wednesday.

This might be a great week to catch a quick dip in the market and lock in that long term interest rate at a year-end low.  To make sure you are in a position to grab a great low rate click the link titled “I want to lock in my interest rate“.